The Republic of Indonesia (RI), colloquially known as Indonesian, is located in Southeast Asia on the planet Ecuador, between the Asian and Australian continents and the Pacific and the Indian Ocean. For this reason, it is called ?Nusantara? (the archipelago of the medium). To consist of 17,508 islands, it is the largest archipelago in the world.

The Indonesian government is formed in a republic, in which both the President and the House of Representatives are elected by a vote of its inhabitants. Its capital is the city of Jakarta (the largest in the country).

Indonesian history has been influenced by several nations. Being an archipelago, it has always been characterized as a major area of trade since the seventh century, when then the Kingdom of Sriwijaya established commercial and religious relations with China and India. Buddhist and Hindu kingdoms were established in the first centuries after Christ, followed by travelers and traders who brought Islam to the region.

Its strategic location was the cause of protracted clashes between European nations to control the spice trade of Malacca. Holland ruled the region until after World War II, after which Indonesia declared independence. Subsequently, the country has faced natural disasters, corruption, separatist movements, the democratization process and finally, a time of rapid change and economic development. 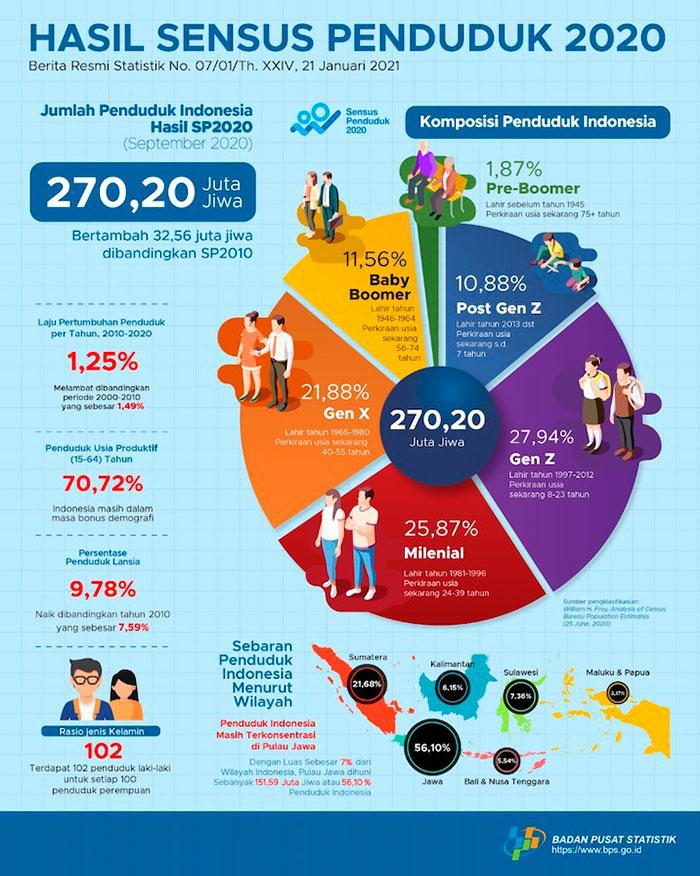 From Sabang to Merauke, Indonesia is made up of several ethnic groups with linguistic and religious diversity. Javanese ethnic group is the most numerous and politically dominant. Indonesia national motto is Bhinneka Tunggal Ika (Unity in Diversity), which gives meaning to the strength that gives the country its diversity.

Besides having a high density population living in specific areas (especially west of the country), Indonesia has natural areas that support a large bio diversity worldwide surpassed only by Brazil.